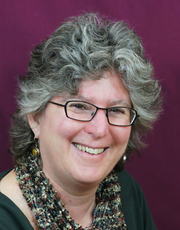 Before PSU, Professor Siegel held several other library-related positions, including Marketing Project Manager for the academic collection at Powell’s Books, Assistant Director at the Oregon Graduate Institute Library, Campus Librarian at the fledgling WSU-Vancouver campus, and Managing Librarian for the StreamNet project of the Columbia River Inter-Tribal Fish Commission. Her background also includes work as a chemist, biochemist, and commercial fisherwoman.

At PSU Library, she has served as liaison to science departments and a rolling roster of centers and institutes, with her teaching focused on information literacy of upper-division and graduate students. Promoted to full professor in 2005, Siegel researches the dissemination of scientific information. She was an early advocate of authors’ rights, discipline-oriented repositories, and proactive management of grey literature. Her work in these areas took her to Cuba, China, and Europe to examine information management and dissemination within comparative cultures and economic systems.

She also has contributed to Portland State University through service on a range of campus committees and projects, including The President’s Commission on the Status of Women, the Faculty Advisory Committee for the Judaic Studies Program, the Faculty Advisory Committee to the Louis Stokes Alliance for Minority Participation (funded by the National Science Foundation STEM program), and the AAUP Grievance Committee.

Professor Siegel is looking forward to launching her son off to college, relaxing, reading, hiking, engaging with a variety of community-based volunteer projects, and doing more ocean-fishing.

We wish her many happy years of retirement!