On Wednesday, November 8, 1961, Rev. Martin Luther King, Jr. spoke for an hour in Old Main — now Lincoln Hall — at Portland State College to an enthusiastic and receptive crowd. King’s trip to Portland was sponsored by the Urban League, and he spoke at Portland State as part of the College’s commemoration of the centennial of the Civil War. 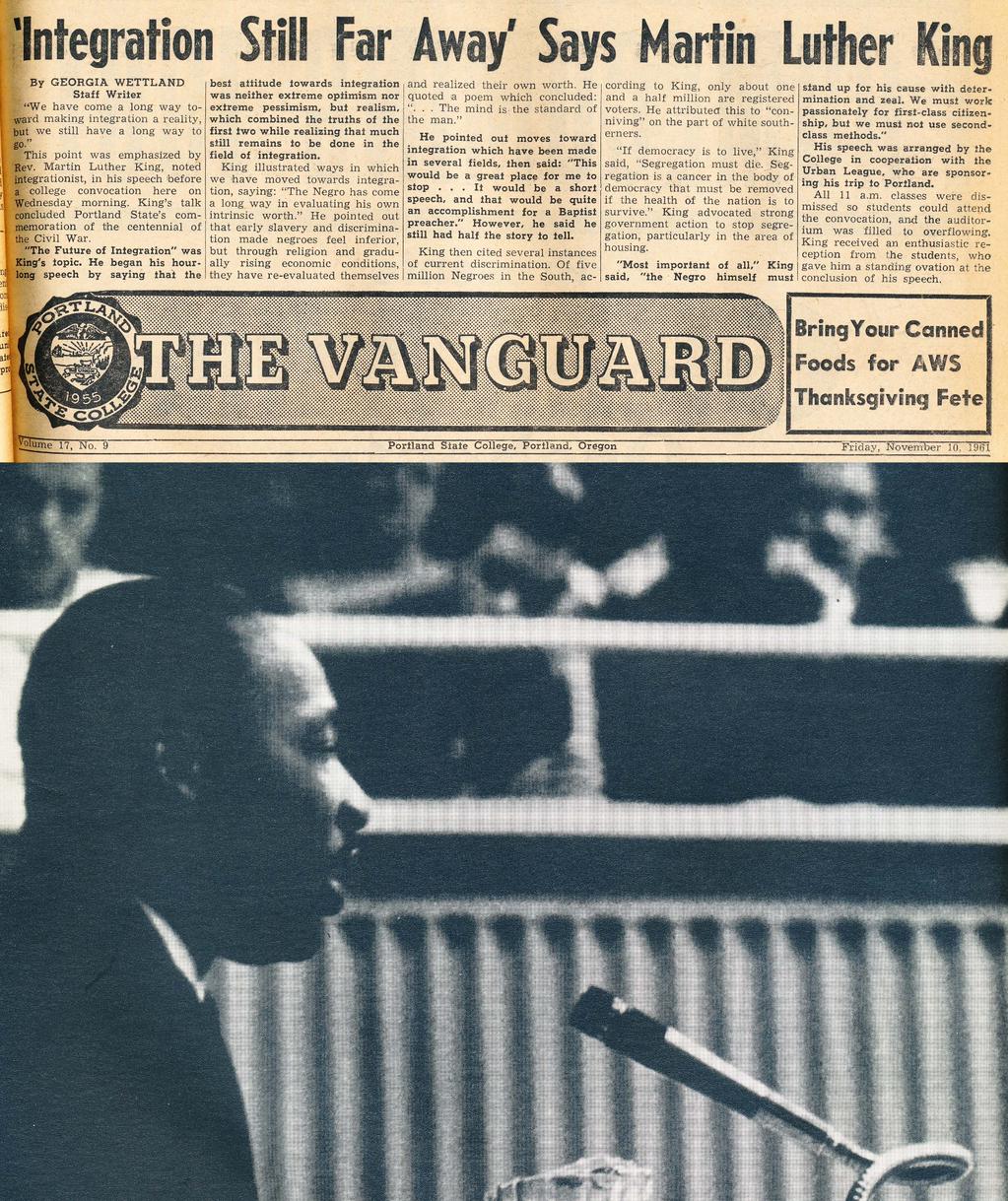 “If democracy is to live, segregation must die. Segregation is a cancer in the body of democracy that must be removed if the health of the nation is to survive.”

The story continued, “At 11 a.m. classes were dismissed so students could attend the convocation, and the auditorium was filled to overflowing. King received an enthusiastic reception from the students, who gave him a standing ovation at the conclusion of his speech.”

Staff in PSU Library Special Collections and University Archives scanned and shared the Vanguard story as well as a photo of Dr. King from the Viking yearbook.

This week, Portland State University pays tribute to Dr. King in a series of events. Dr. Angela Davis, a world-renowned author, educator, and activist, delivers a keynote address tonight. Her many books are available to PSU students, faculty, and staff through PSU and Summit Libraries.

You can also find many of Dr. King’s writings on the Library shelves.