An astronomical observatory on the roof of the Ondine?

An elementary school on campus? 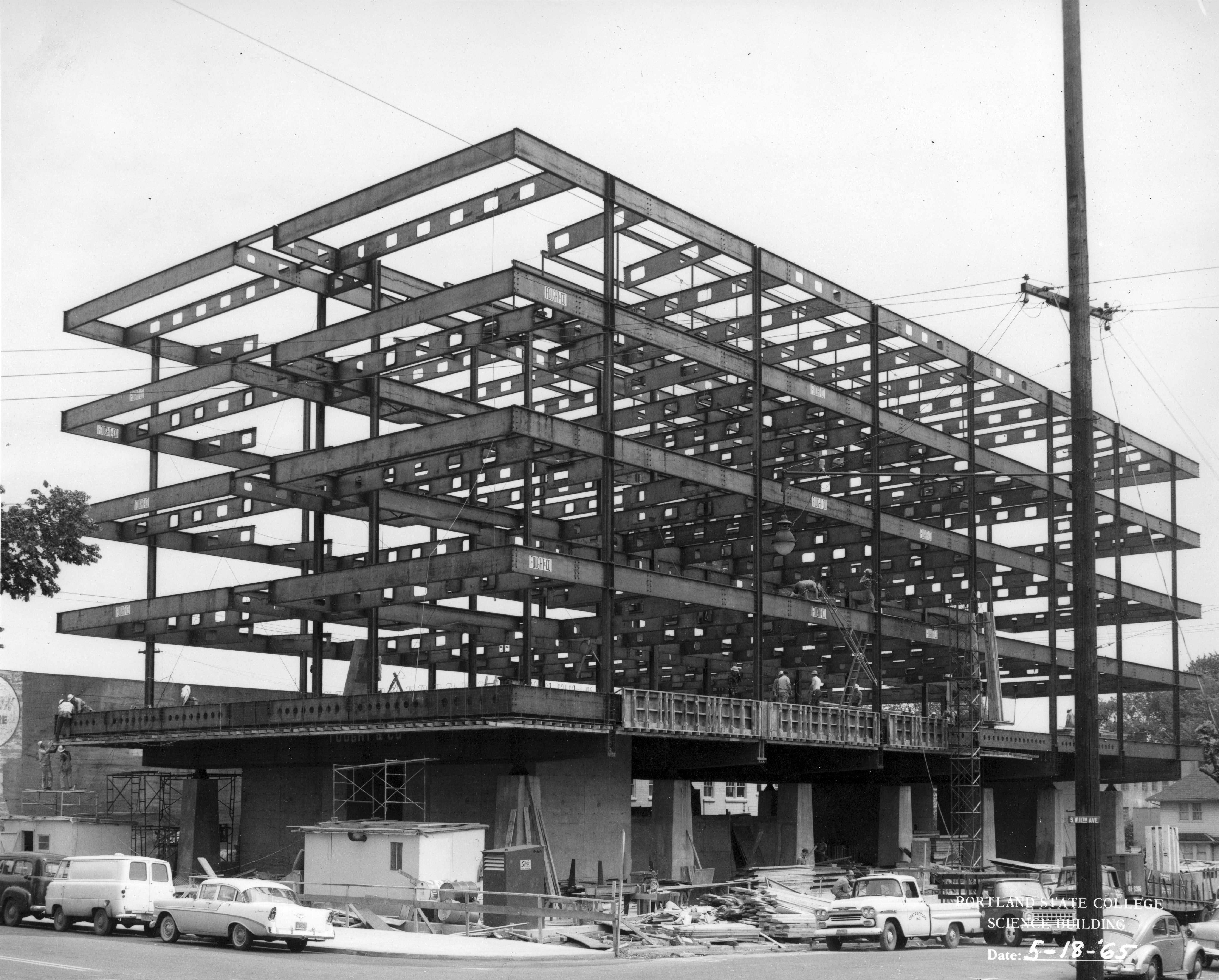 Science 1 under construction in 1965.

These are just a few of the Portland State projects that campus planners and architects envisioned, designed, and drew… but never built.

The “never-built environment” is a term for architectural design and urban planning projects that were either never constructed or were built in alternate or compromised states. Since its move to downtown Portland in 1952, the Portland State University campus has grown from a five-block area between Broadway and Park Avenue to over forty city blocks. The expanding university produced numerous plans and designs for new structures and landscapes–not all of which were realized. What might the campus have looked like, and what resources might it have offered, if these plans had come to be? In a new Library exhibit, PSU Architecture, Engineering, and Construction Archives present records of some of the university’s most surprising never-built projects. 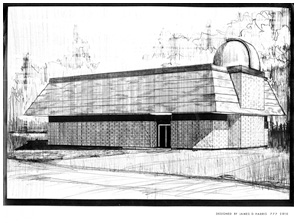 Portland State’s plan to build an astronomical and seismic observatory in the 1960s was part of the college’s early effort to establish its reputation as a research institution. The college shelved the initial project, but did build both Science Building 1 and the Science Research and Teaching Center between 1965 and 1975.

PSU revived the dream of an on-campus observatory when faculty from the Chemistry and Physics departments, hoping to improve on-campus course offerings and research opportunities, proposed a domed telescope on the roof of the Ondine Residence Hall. The cost of the equipment and its upkeep was daunting, however, and after delays from the dome’s manufacturer, expired building permits, and confusion about funding sources, the university closed the project in favor of two smaller and less expensive mobile telescopes mounted on the roof of Science 1. 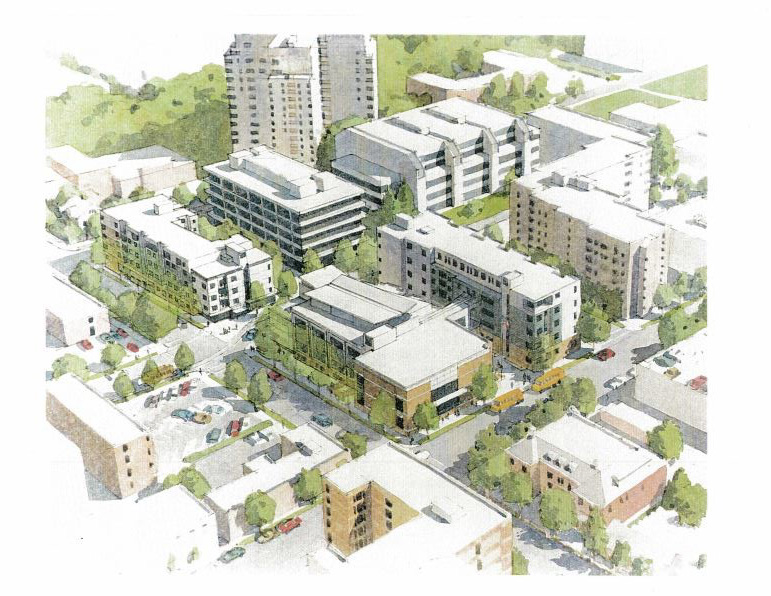 The Student Housing and Elementary School (SHES) project began in the early 1990s in response to increasing need for on-campus child care and student housing. The multi-use SHES complex, located between SW Tenth and Twelfth Avenues, combined student apartments, retail, and an elementary school, with additional classrooms for use by Portland Public Schools and the PSU Graduate School of Education. The partner institutions suspended the project, however, after difficulties securing funding and determining which institution would pay for which features.


See More of PSU’s Past Future… 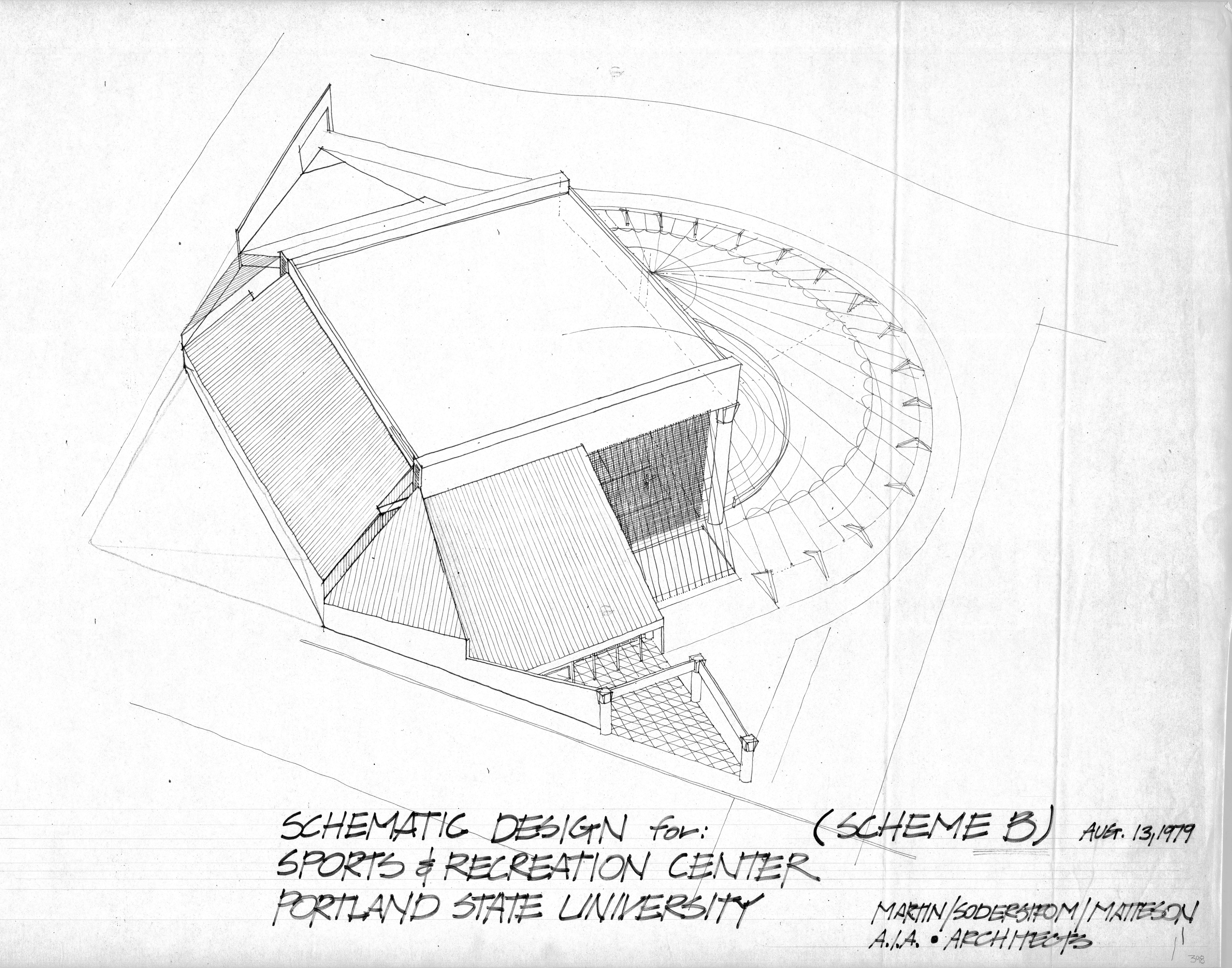 Design for a multi-modal sports and recreation center. 1979.

Other never-built Portland State projects include a television studio behind the Parkmill building, a pub in the Academic and Student Recreation Center, skybridges across the Park Blocks, a sports arena, and many, many parking garages.

Visit the “Never-Built Portland State” exhibit in the first floor lobby of the Library to see more of what was once planned for the Portland State campus!