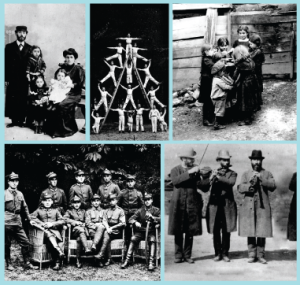 The exhibit “Of Place and Memory: The Yizkor Book as a Window into a World Destroyed” at the Portland State University Library told the stories of Eastern European Jews and their communities destroyed in the Holocaust. It was the result of a first-time collaboration between the University Library and the Harold Schnitzer Family Program in Judaic Studies.

Yizkor books were assembled by survivors from all over Eastern Europe to document their lives, those of their lost family members and friends and their obliterated shtetls (towns). The University Library’s Special Collections is the steward of 136 Yizkor books—the largest collection of its kind in the Pacific Northwest. Its Yizkor holdings include a volume dating back to 1929, published in Pinsk, well prior to World War II, as well as unique copies not yet included in the recent digitization project undertaken by the New York Public Library’s Dorot Jewish Division. “Of Place and Memory” was curated by Natan M. Meir, the Lorry I. Lokey Assistant Professor of Judaic Studies, with assistance from Special Collections.