Why are Portland State teams called the Vikings?

First, we were the Vanport Vikings! Vanport Extension Center, the college that became Portland State University, opened its first classes in summer term 1946. By November of that year, Vanport students were competing in intercollegiate sports, but the teams needed a name and a mascot.

The Vanport student council put the question to the student body on December 6, 1946, in an article in the college newspaper, Vet’s Extended (renamed the Vanguard after its first four issues). The article reminded students that they might also be naming themselves: “Nicknames of teams have a habit, too, of becoming nicknames for the members of the associated student body.”

After collecting submissions from five suggestion boxes placed around campus, the council voted unanimously for “Vikings,” a name suggested by two separate individuals, Robert Tweedell and Dale Reeves. Both Tweedell and Reeves associated the “Viking” name with the college’s newness and non-traditional character. The students, wrote Reeves with his suggestion in 1946, were “undertaking Viking adventures in a full sense.” 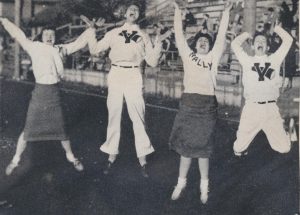 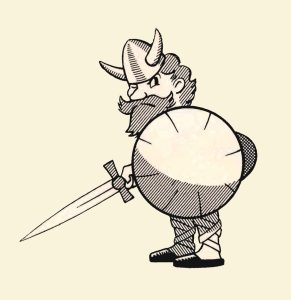 A Vanport Viking in the 1948 yearbook.

The name went into use right away. The Vet’s Extended sports section immediately dubbed the basketball team the Vikings in print. The enthusiastic Vanport rally squad led fans with fight songs such as “Here’s to the Vikings” (sung to the tune of the U.S. Coast Guard song “Semper Paratus”) at sporting events.

The school yearbook, first published in May 1947, was also titled the Viking.

The name stuck even after Vanport College moved downtown in 1952, changed its name to Portland State, and became a four-year university. 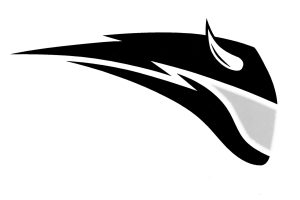 Richard Sanders’ and Brent Schauer’s book, Portland State: A History in Pictures (2009) collects some representations of the Vikings in Portland State athletics logos over the years. The logos have used various Viking symbols in their designs: shields, longships, and horned helmets. 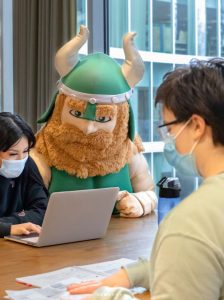 Victor E. Viking and students in the PSU Library.  (@portlandstate on Instagram, November 16, 2021.)

Today “Go Viks!” cheers us on at Portland State on the court and the field, in the classroom and the laboratory, and even in the library, where our mascot Victor E. Viking has been known to get some studying done.

Portland State University Archives welcomes your questions about Portland State history or about any of the resources mentioned here. Please contact us by email at specialcollections@pdx.edu!