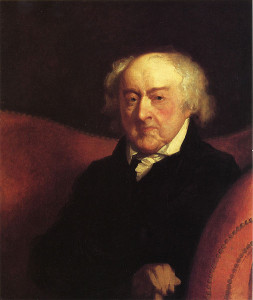 This Special Collections exhibit featured monographs published and circulated in the United States during the lifetime of President John Adams including historical examples of original bindings and printings. The documents highlight the political and social issues that informed and influenced Adams’ career and family life.