Chat
Give to the Library 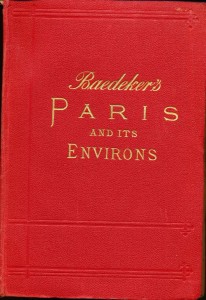 In addition, Baedeker’s meticulously detailed maps and copious descriptions make each guidebook a microcosmic masterpiece of data collection and printing, inspiring collectors’ interest and the curiosity of armchair travelers more than a century later.